the emergence of leadership in front of my eyes…

the emergence of leadership in front of my eyes… 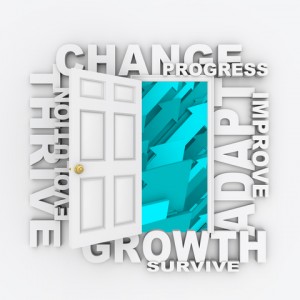 In a recent round of senior executive discussions, we focussed on questioning assumptions.  Afterall, it is only when the practice of asking tough questions and answering them openly and honestly without fear of retribution is welcomed in today’s organisations that real change can evolve.

The chosen issues demonstrated the struggle that these folks continued to face in their roles of guardians of society, a society that on the surface appears to be of an international and transparent standard yet is of a self-serving and corrupt nature just one fine layer underneath, with the debilitating outcome of the unbelievable waste of valuable resources and thwarted progress.

The interaction that ensued was a successful example of connection, co-creation, collaboration and open discussions which produced a credible idea bank for the future.   One further question evolved from the person who was to be the main sponsor of these changes to come.   It was such a powerful question, it deserves to be highlighted:

·      When does adaptability become compromise?

I reflected for some time before I replied.  As my perspective took shape, through the lens of the ’embers’ model of leadership, my reply, as always, was another question:  When our actions no longer serve purpose or a vision for greater good, what can happen?   In essence, the message was about misalignment and personal and organizational values and decisions that will simply no longer serve all equally. The group co-created the difference between adaptability and compromise to be defined by the impact upon the level of service to a purpose an action has.

Could leadership be the art of struggling to move ahead of challenge, forging change that will serve all equally?  If so, I believe this group’s leadership emerged right in front of my eyes!

« credibility is the foundation ...
growing pains of leadership »