Published on May 9, 2013 by Debbie Nicol in Blog, Changing Corporate Leadership 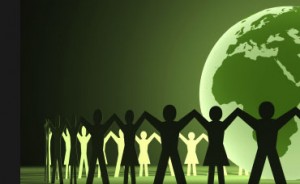 By definition, each of the words has its own individual impact ….

• Corporate – at a workplace, of a business nature, serving a need or want through a product or service

• Social – serving ‘in community’ and not ‘in isolation’

• Responsibility – an obligation of dependability

…..and collectively represent ‘an obligation to serve all equally in business’. What else could that mean other than leadership? Leadership is not the typical outcome of CSR outcomes like carbon footprint, nor is it discussed as the means but should it be?

Traditional CSR constantly places the other party in focus, implying that assistance may be required. Assistance implies a need, and hence a separation or isolation from things that serve well. If this was turned around, with ourselves being the other party, is there an opportunity to ask ourselves if we are being the best we possibly can be? How are we serving and contributing, what impact are we having on social change, what are the pillars to serve? Afterall, without our own connectivity, what is the use of service?

If CSR was considered in the light of leadership functionality, could our actions change from the core?

• From whom to whom?

Often described as the economic, legal, ethical, and discretionary expectations that society has of organizations at a given point in time, CSR definitions imply that others demand it so we’d better give it!

Turning the priority around from being an activity of consequence to a proactive activity of value for all, including ourselves, we may spearhead initiatives never dreamt of before!

Often described as the latest trend, or the thing to do now, CSR is often a time-dependent reaction.

Rather, can leadership be independent of time when it becomes a way of life, serving consistently throughout all activity and at all times? When leadership is about a state of ‘being’, can there ever be a time dependency?

CSR initiatives traditionally are steered by an action plan, a budget and a set of measurements.

Any great leader places action secondary to the belief – belief will drive everything. Could Nelson Mandela himself without any further action be described as a CSR initiative? Has he been the best he could be?

• Base your corporate culture on leadership, not action. Action will flow due to the degree of, and personification of, true leadership – on all levels
• Identify balance between the above definition of CSR and your company’s priorities
• Speak of the future in terms of service – allow people to feel and describe it
• Align actions whilst modelling the way consistently, visibly and actively
• Include a component of EQ – as Martyn Newman says, never has there been such a great time as now for the need of a cadre of leaders with well-honed skills seeing a future that serves in new ways
• Allow leadership to be learned – develop with frequent practice of leadership behaviours.

Debbie Nicol, the Managing Director of Dubai-based ‘business en motion’, is a consultant on leadership and organizational development, strategic change and corporate culture. Email her at debbie.nicol@businessenmotion.com for the Workplace Doctor’s advice on your challenges, whether as an employee, a manager or a colleague.