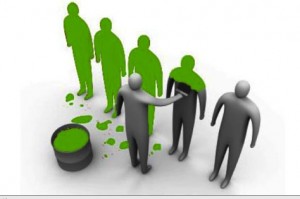 They say much is discovered about leadership by what happens when one is away from an organization, out on the golf course or in the board meeting. That’s likely for one day or two, yet would it be true for one or two years later?  What corporate elements have been instilled and embedded that are so strong, adding so much value that it has become a legacy, hence remaining an active pillar in the years after a leader has departed. To what degree are you leading a ‘living legacy’?

Such legacies can be observed living on through the achievements of nation’s past leaders:

Can the same be said for three equally-successful corporate leaders who have left living legacies?  Perhaps iconic names such as Steve Jobs would emerge, yet it’s tough to name leaders on a ‘C-Suite level’.  With a large number of multi-national corporations and banking C-Suite leaders still receiving an end-of-service bonus (in a world that no longer understands this), how many do you believe would be willing to defer payment until evidence exists it was truly earned? How many of their initiatives would be evidenced as on going two years later, continuing to add value to productivity levels, reputation and competitiveness?   A true measure of great leadership is on going commitment because it deeply believes in a chosen dream or path.

Is sustainability of deliverables  fast becoming a societal demand on leadership? Perhaps the article has a point – if a current leader does not deliver, and is not willing to put his own gain on the line, then step out of the way for those who wish to.  And what better way to measure this than to see what corporate pillars and achievements remain ‘present and proud’ well beyond a leader’s physical presence! A great example would be the former CEO who has developed his successor, and 2 years later the successor is still continuing to achieve targets, with the same values being held central to all that is done, in a way that is serving all equally!  Not only have sustainable management skills been transferred, but also leadership skills and an appreciation of the foundations of what it means to ‘be’ this company are also omnipresent.  That must be described as true success!

What could be the greatest barriers this philosophy might face?

Solution:  Build this mind set into the corporate culture elements of systems, frameworks and even contracts from now on.  As change takes time, plant and nurture the seeds now – it’s never too late for germination!

If you as a leader are externally whitewashing your organization, perhaps the idea of a delayed payout would not appeal. For those creating from the core with evidence of healthy and long-living ‘germinating greenery’ will surely enjoy the fruits of their efforts two years down the line.  What an exciting time for accountability!